For Global Arbitration Review, Jacob and Thomas produced the article, “East Africa – the future of infrastructure and energy disputes”, which looked at the future challenges arising out of State’s natural resources and the opportunities for East Africa’s arbitration centres and dispute resolution professionals.

Hamid, counsel in the London office, is an experienced arbitration practitioner and litigator, having regularly advised multinational companies on an extensive range of disputes. He is a current Co-Chair of the International Bar Association’s Insolvency and International Arbitration Working Group, the Young Africa Chair for the Institute for Transnational Arbitration, and a member of the Lagos Court of Arbitration’s Young Arbitrators Network’s Advisory Board.

Hamid has been recognised in Who’s Who Legal: Future Leaders for Arbitration and as a National Leader for arbitration in Nigeria, having been described as “a very smart and skilful advocate, one of the best of his generation” and “an excellent an incredibly hard-working attorney who has established himself as the go-to for arbitration in his region”. He is also ranked in The Legal 500 for dispute resolution.

Jacob is an associate in the Washington, DC office. Jacob holds a JD from Harvard Law School, where he was a Class Marshal of his graduating class and President of the Harvard International Arbitration Law Students Association. He also holds an MSc in Global Governance and Diplomacy from the University of Oxford and a First Class Honours BA in Political Science from McGill University. Jacob also maintains an active pro bono practice.

Thomas is an associate in the Paris office. He has experience in a number of contentious and non-contentious procedures in commercial arbitration in relation to the energy, aeronautics, construction and banking sectors, primarily in Europe and Africa. Thomas is also well versed in investment arbitration with a focus on mining, and has experience of annulment proceedings before the French courts. 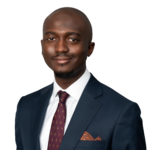 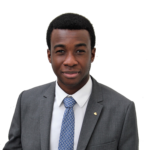 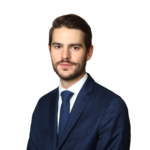