Three Crowns announces today: the promotion of Ilija Mitrev Penushliski to partner in its Paris office, and the promotion of Jonathan Fernandes and Shaun Pereira to counsel in its London and Singapore offices respectively.  These promotions are a testament to the firm’s deep bench of talent, its investment in its people, and its continued growth across markets.

Ilija Mitrev Penushliski, who joined Three Crowns’ Paris office as counsel from Shearman & Sterling in 2021, focuses on complex arbitrations, particularly in the energy sector. Ilija has extensive experience with gas pricing matters, investment treaty disputes (acting for both investors and States), commercial arbitrations and proceedings for the annulment and enforcement of awards in numerous jurisdictions. He also advises States on the renegotiation of bilateral investment treaties.

Reacting to his appointment, Ilija said: “I am thrilled to be joining the partnership – Three Crowns is an immensely fun and rewarding place to practice, with an incredibly talented team.”

Tim Osborne, Chief Executive of GML Limited, the indirect majority shareholder of former Yukos Oil, commented “I was delighted to learn that Ilija has been elected into the partnership at Three Crowns.  I have known and worked with Ilija for well over ten years and he is indeed an excellent lawyer. I wish him every success and look forward to continuing to work with him in the future.”

Cristian Nitsch, Senior Legal Counsel at Pavilion Energy also hailed Ilija’s promotion: “Ilija has been an impressive and trusted counsellor to me and Pavilion Energy for some time. His understanding of the global gas/LNG market and long-term contracts is formidable.”

Georgios Petrochilos KC, a founding partner of the firm and based in its Paris office, commented: “We are absolutely delighted to welcome Ilija into the Three Crowns partnership. He combines legal talent with strategic nous and genuine empathy, and has established a multidisciplinary practice that further enhances the Three Crowns offering.”

Jonathan Fernandes joined Three Crowns’ London office as an associate in 2014 from Covington & Burling. He has extensive experience acting as counsel in complex, high-value international commercial and investment treaty arbitrations across a wide range of sectors (including energy, aerospace, commodity trading, mining, finance, construction, and insurance) under all major arbitration rules.

Jonathan recently completed a secondment as Legal Counsel at Trafigura, one of the world’s leading independent commodity trading and logistics houses, where he provided legal and strategic advice on several high-stakes disputes.

Michael Paisner, Vice President of International Disputes at The Boeing Company, remarked “Jonathan has a strong attention to detail and work ethic, and his client service and responsiveness are outstanding.  I know that when Jonathan is working on a project, it will be handled skillfully and within deadline, and with just the right touch.  He has a strong future as a member of [the] firm.”.

Jonathan is qualified in England and Wales.

Shaun Pereira, meanwhile, joined Three Crowns from Shearman & Sterling alongside partner Daryl Chew. He will be the first internally promoted lawyer in the new Singapore office, which has expanded progressively since its launch last year and now has more than 10 arbitration specialists based in the city state.

Shaun has developed extensive experience in disputes arising in connection with energy and infrastructure projects across Asia. He is presently acting in shareholder, joint venture, M&A and construction disputes involving some of the largest energy projects in the region, with at least three matters involving claims of several hundred million US dollars. Shaun previously served as an assistant registrar and magistrate in the Singapore International Commercial Court and High Court, and as a law clerk to the Chief Justice and Justices of the Supreme Court of Singapore.

Minh Dang, senior partner of YKVN LLP, says: “It has been a pleasure to work with Shaun on a very contentious matter. He is quick, thorough, incisive, and responsive; in other words, the kind of lawyer you need in a fight. Jern-Fei Ng KC at 7BR says “Shaun is an exceptionally talented arbitration practitioner whose tenacity is matched by his ability to come up with practical solutions to fiendishly complex problems.”

Shaun is admitted in Singapore and New York.

Georgios continued: “Jonathan has been one of us since the firm’s founding in 2014, and has continued to grow as a leader, ever preserving a meticulous eye for detail across a variety of matters.  As for Shaun, everyone who has worked with him instantly sees why he enjoys a stellar reputation, regarded as he is, as one of the top talents among his peers.  Shaun and Jonathan are the next generation, and we are truly fortunate their careers will continue to develop at 3C.”

With Hamid Abdulkareem and Jonathan Fernandes in London, Penny Martin and Shaun Pereira in Singapore, and Simon Consedine and Agustin Sanz in Washington, DC, Three Crowns now has six counsel across its four offices.

Three Crowns is a law firm dedicated to providing excellence in international arbitration and international law. With a team of over 70 lawyers in London, Paris, Singapore, and Washington, DC, the firm’s lawyers have been at the forefront of many of the most significant commercial, investment, and inter-State arbitral cases of the past decades. Three Crowns’ “one firm, one team” approach ensures that clients receive a seamless service and dedicated lawyers on every mandate. Visit www.threecrownsllp.com. 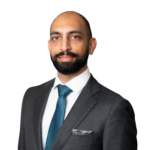 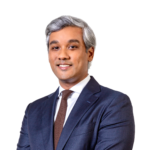