Three Crowns has moved up a ranking in the new edition of Chambers Latin America. Gaëtan Verhoosel KC maintained his leading individual ranking and Carmen Martinez Lopez moved up a band this year.

In maintaining his ranking, Chambers notes that Gaëtan is “held in high esteem for representing corporate investors in major investment treaty arbitration cases across various Latin American jurisdictions”. A client highlights that he has “a deep knowledge of arbitration practice and excellent advocacy skills”, adding “his credibility in front of the tribunal is outstanding”. Gaëtan has served as advocate and as arbitrator in numerous commercial and investment treaty arbitrations where significant financial recoveries were at stake or novel legal issues raised.

Carmen moved up a ranking this year with the publication in which a client highlights that she “is a talented, driven, very intelligent and diligent partner, with all the necessary skills to resolve complex issues”. Chambers note that she “elicits impressive market recognition for her capabilities”. Carmen has appeared as advocate in numerous investment treaty and commercial arbitrations, both under the rules of the major arbitral institutions and ad hoc, across a variety of jurisdictions. 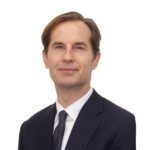 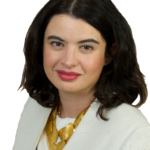