Three Crowns partners Liz Snodgrass and Scott Vesel were joined by Mimi Lee, Managing Counsel at Chevron, and Chris Ghazarian, General Counsel at DreamHost, for “Making arbitration work for your client: secrets of success at three key stages” a webinar hosted by Three Crowns and The Legal 500.

In the Q&A session that concluded the webinar, the panellists answered questions on topics ranging from due process paranoia to issues of privacy and cybersecurity and what to expect in the near future in light of sanctions in response to the invasion of Ukraine.

To view the recording of the webinar, click here.

Liz, a partner in the Washington, DC office, has more than two decades of experience as an advocate and adviser in international arbitration matters. She has acted in arbitrations around the world, with notable experience of disputes arising in Africa, India, and Asia. Liz has particular expertise handling disputes involving States and State entities and fiscal disputes under long-term contracts. Her practice is a mix of commercial and investment treaty arbitration, with a focus on the upstream energy, power, and mining sectors.

Scott, a partner in the Washington, DC office, has a decade and a half of experience handling complex international investment and commercial arbitrations in the oil and gas, construction, energy, mining, technology, and agribusiness sectors. In addition to his private practice in international arbitration, he has served as an attorney-advisor at the U.S. Department of State and in an international organisation. He is qualified as an attorney in New York and as a barrister in England & Wales.

Scott has been recognised in various publications, including Who’s Who Legal every year since 2016, The Legal 500 UK Arbitration Powerlist 2019, and Lawdragon’s 2021 Global Litigation 500. 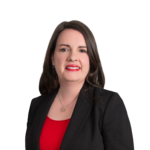